As a follow up to my Thornbury Article, Unilock is making a slight change for 2013 to the Thornbury paver. All six colours will still be made, no change there. What they are changing is the joint size. What they introduced last year was a paving stone that could be used normally for your driveway, walkway, patio and pool decks, but could also be used as a permeable pavement. A permeable pavement has larger joints, usually, for it to be permeable the void space on the surface should be around 8%. More is, of course better but the joint size can't bet too large, and anything lower may make the performance for water infiltration suffer.

What you can see from the 2 pictures below Thornbury had small joints in these pictures. I took these pictures at Canada Blooms 2012. These pavers were brought in from New York. At this point last year, Thornbury was not being manufactured locally, hence the New York product. Fast forward a few months and Thornbury was in full production, being produced in Pickering but they made it in the larger joint size variation. Great for permeable installations but not as good as the thin joint for regular installs. After many installations and feedback from customers, one of the complaints heard over and over was that the stone eats Polymeric sand like crazy. I can certainly echo these complaints. A bag wouldn't go very far and Polymeric sand can get expensive. As usual Unilock listens to their valued customers and adjusts accordingly. Pemeable/Large joint Thornbury will still be around if you want it, most likely special order. Dealers will be stocking the thinner joint variant this year which makes me happy because many homeowners want a paving stone with a smaller joint. 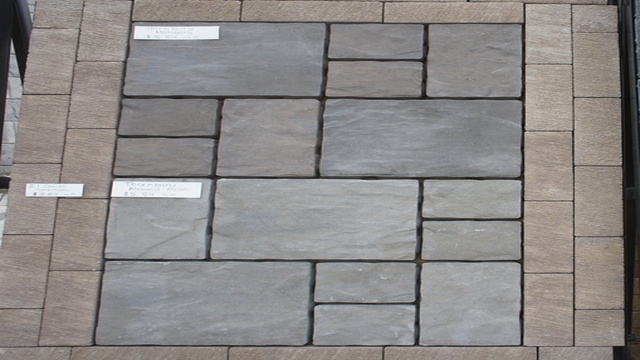 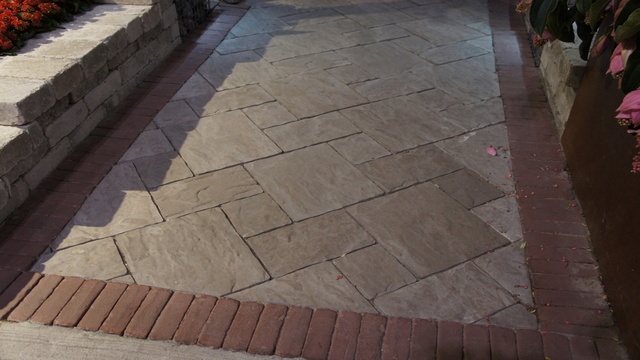 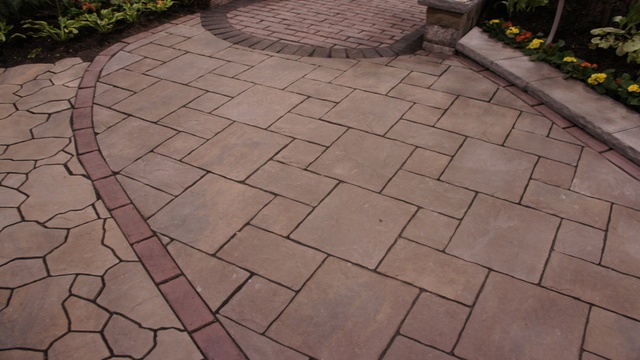