Every year I'm called in to help a homeowner that has given up the fight. The fight to save their patio from an overwhelming onslaught of weeds. That was certainly the case on this particular project. For awhile there it looked like the weeds were there to stay, until we formulated a game plan and went on the offensive.

The plan for this project was to lift up all of the paving stones and set them aside. We would pressure wash out all of joint material and weeds/organic material. There was settlement all around the pool edge. This would be fixed with the addition of more base materials. Also, we would take some of the pavers from the smaller patio stones and use them around the pool deck to form an extension. As you can see from the pictures, below, the one side of the pool deck was rather narrow, almost unusable. We added a 4' extension to that side. The rest of the stones we used for cutting. A soldier course border was added around the whole perimeter. The addition of a soldier course, where there was none before added a really nice edge. A curving soldier course significantly improved the look. Sometimes in a repair you have to change the pattern and this requires more work but it's worth it in the end.

A Pool deck can be one of the most challenging repairs to do. Fortunately there was no pattern that needed to be maintained so we removed the stones in sections, cleaned them and re-installed. New pavers were installed on the side walkway and patio connected on the back of the house. After all this work the weeds were defeated. To prevent further weed problems Envirobond envirosand was used as the joint material. With it's elevated pH level that makes a very unfriendly home for weeds this should be a weed free environment for this family.

As you can see from the pictures below this project was a significant transformation to this family's backyard. The pool was cleaned just after the final pictures were taken and was crystal clear the next day. 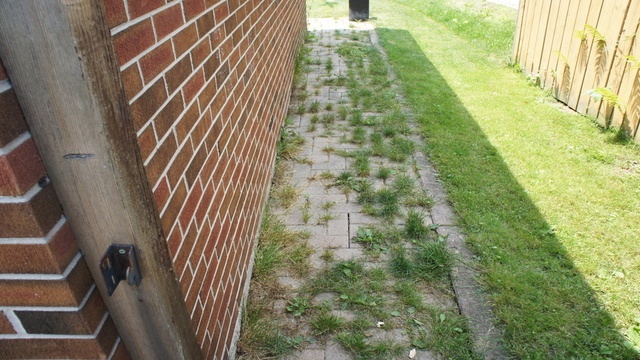 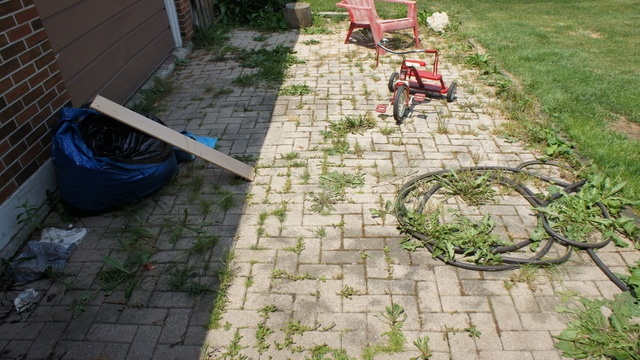 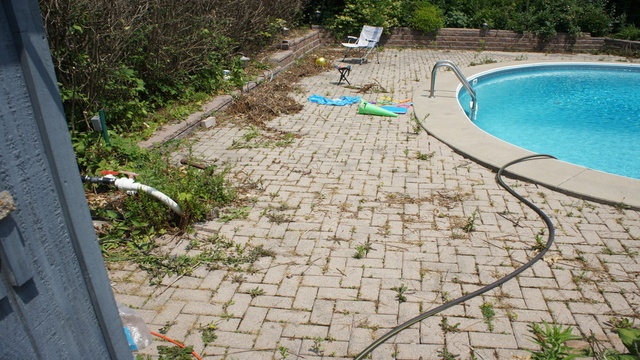 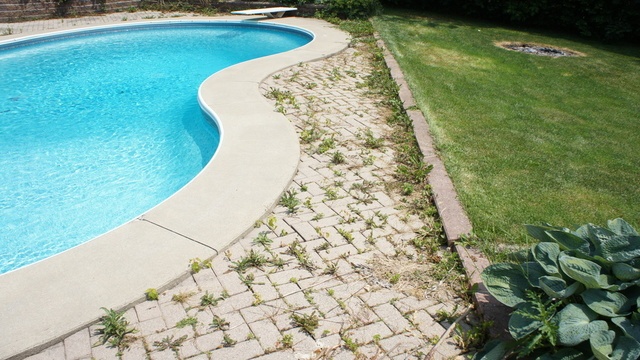 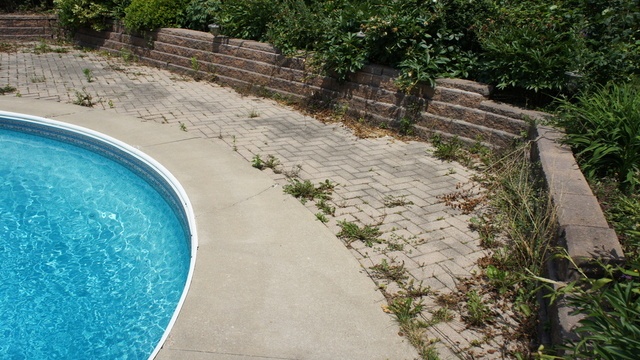 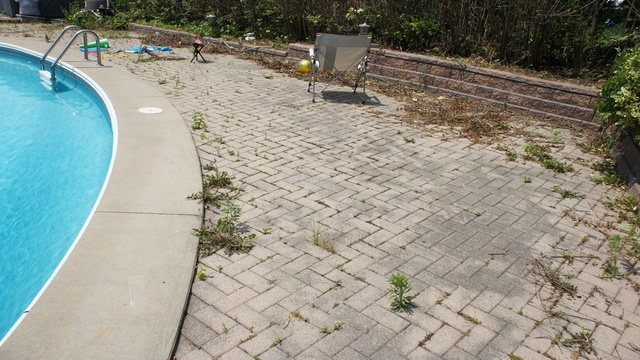 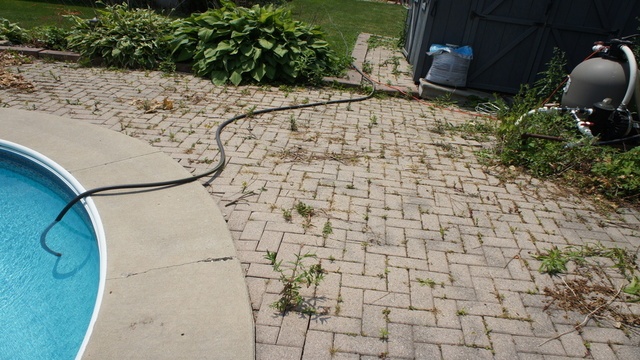 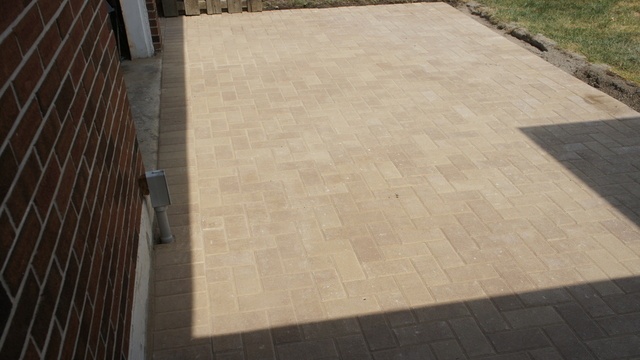 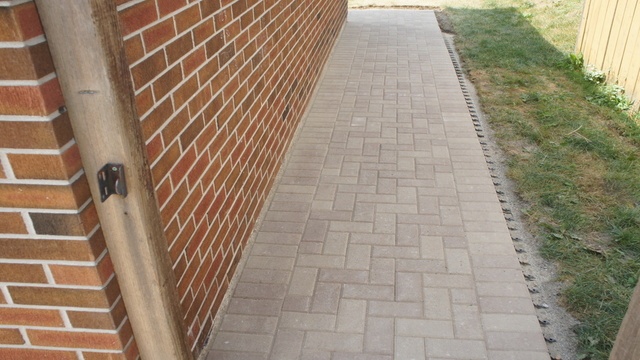 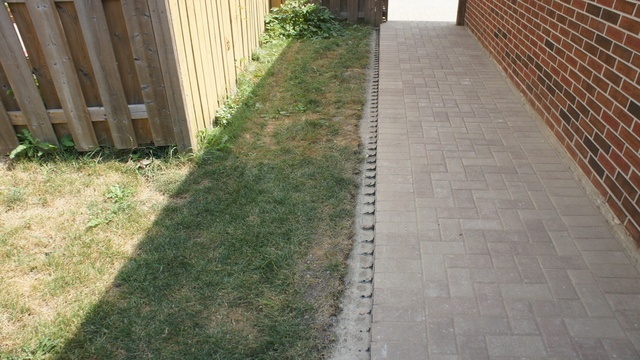 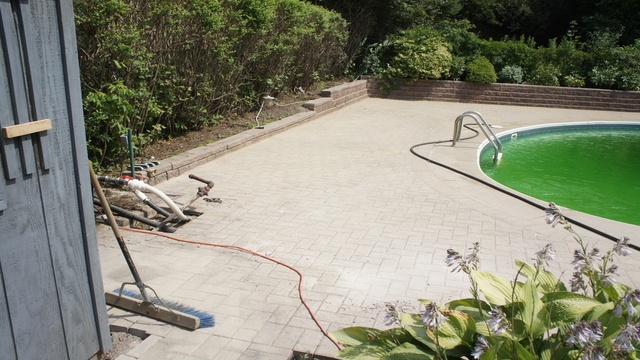 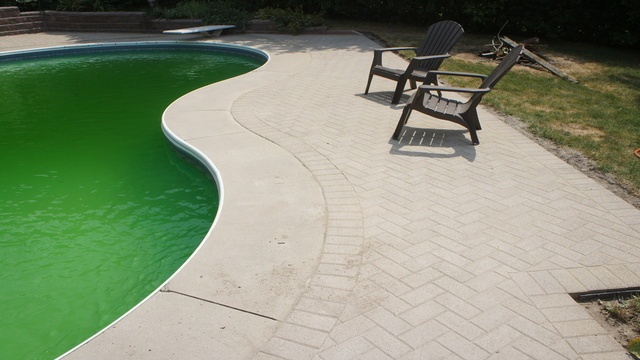 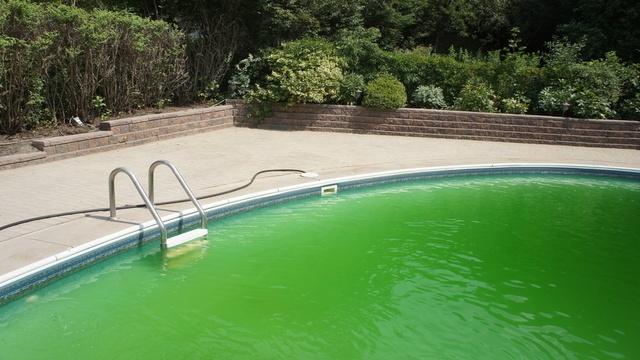 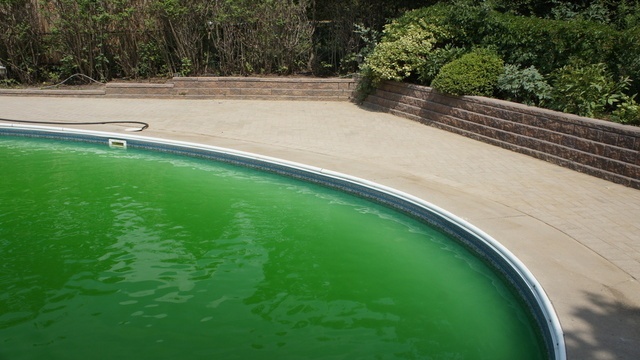 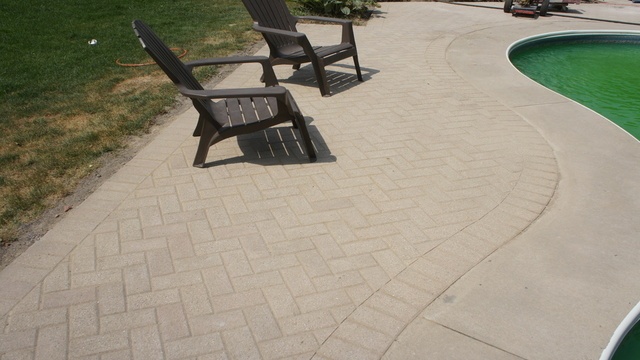